This week he’s been much more awake and alert, and he’s making all sorts of new noises! This week I think I’ve heard him say “my” “be” and “nee.” Today we realized that some of his grunts may not be because he’s upset, but simply because he wants to communicate, as he was smiling and grunting. He’s also snorting LOADS! He’s also able to hold his head up for long periods with minimal support now.

He’s been sleeping in his cot semi-regularly now, as we are trying to transition him off the bassinet because it’s getting too small for him. Last weekend he had his first babysitting experience as I taught for 3 hours he was looked after by the next door neighbors. Our neighbor gave him a new pacifier and he HATES it! So we’re definitely seeing distinct preferences for certain things. He also seems to like sitting upright to look at the world around him, he likes LOADS of attention and cuddles, he loves being rocked on my ottoman, and he misses either of us if he hasn’t seen us for a few hours.

This week hubby’s also been putting the baby bath in the big bath and we’ve been drying him on the floor rather than a table. We’ve been trialing using plain water and our hands to wipe him before a bath, rather than using wipes all the time, and are thinking of using toilet paper for the majority of wipes after poos, rather than wipes as they are quite costly and we were using about 5 wipes each time!

Today he’s on the last of his ‘Babylove’ nappies, so we gotta decide whether to get more or start him on the pampers, which are slightly bigger.

The Babycenter website says that this week he should be able to focus clearer and see colors, and that he’s interested in more complex patterns. He should have more fluidity to his movements, and should we awake for an average of 10 hours per day. He’s also meant to be able to reach out and grab toys now. He is interested in sounds, and silly noises.

My neighbour told me about ‘the wonder weeks’, which I had no idea about, but it explains a few things! Basically babies have 10 ‘leaps’ before they are 2, where they are then able to do a new skill. Before this, they are cranky, crying and clingy for a week!

He loves car rides, and is generally pretty good during outings. we went to Harbour town and Big W this week, and got; writing paper so I can make thank you cards to those who’ve given us cards and gifts, 2 pairs of leggins for Liam’s next size, a tiger shirt in 000, a cute pair of bather bottoms for size 00 (we couldn’t find the matching top), a size 2 monkey shirt, a new feeding pillow, a thermometer, 2015 calendar, scrapbooking supplies, a baby record book, a new book called “Lamb Says Boo”, and a cute formal shirt and pants with suspenders set in size 00 for his six month photo shoot (hopefully!) These were the first new items I’ve got for Liam! 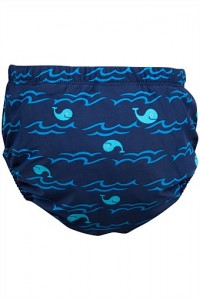 I tried him on a different kind of bottle; those generic tall ones, but the teat was flimsy and slim, so loads of air got in, so we’ll stick to the Avent ones.

I love vlogging now, so I decided to and tried to do daily vlogs this week for the first time whilst hubby was working all weekend, but it’s unrealistic to do them daily due to my work commitments ramping up, and my lack of editing knowledge, so I’m only committing to 1-2 vlogs a week. I still have loads I want to get edited and uploaded from way back! On that note, now that he’s 2 months old I’m doubting that I’ll be doing weekly blogs from now on, so expect monthly blogs, and if more are up, consider it a bonus!

This week we also purchased a new photography lens worth $1500 for $1800! I’m considering buying a vlogging lens and possibly buying hubby’s old camera off of him. He’s agreed to be in more of my vlogs, though he’s still self-conscious about his voice, as he has a stutter.

We have a new facebook community page for our followers, at https://www.facebook.com/TheTownsendFamily so please check it out and “like” our page for faster updates on his progress and our vlogs!