I finished up 2 of my schools for the year this week, so now I have more free time. One of my little students gave me a bear for the baby yesterday at her concert 🙂
I’m trying to get as much 2014 / 2015 teaching admin done as I can, while I can. Hopefully the bulk of it gets done by mid-December. So far I’ve done most of the reports, overdue invoicing, 2 concerts, made a plan for the replacement teacher, done a draft of amendments to my contract, sent out feedback forms, researched debt collectors for next year, and made 2 new teaching resource handouts.

I’ve been taking regular naps, and my sleeping schedule has suffered because of it.
I missed my last antenatal class on Thursday because I slept in 🙁 I think it was on parenting.
I’ve been waking more and more during the night, for a drink, a quick-eze and a pee.

Sciatica is still there, and it wakes me up now everytime I try to roll over in bed. I’m seeing a physio for it tomorrow.

Baby brain and ever-changing emotions have really tried me this week! I’ve been really clumsy and keep dropping things this week. :S

I volunteered as a subject for pre-eclampsia in pregnancy research, as a control. My veins were so small they had to go in my left wrist! I got to sit in a really comfy chair and I was wheeled around in a wheelchair, which was really fun! they did an ultrasound on my heart. It was weird to see it beating on screen. They also did some kind of red-blood cell tests by putting a drug temporarily into my left arm. At the end they said everything was normal.

I’ve begun reading Kaz Cooke’s “Kidwrangling” this week in my spare time. (It’s the sequel to “Up The Duff.”)
Still watching “1 Born Every Minute” every few nights.

I tried filming the baby move 2 days ago, but I didn’t capture anything too grand. I’ve noticed when I’m sitting up, my belly button is protruding a little, despite still being an innie. :S 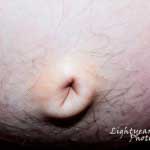 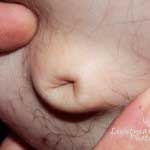 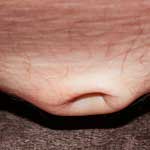 Current Weight: 164kg. Mostly been eating left overs from the baby shower this week. I at an entire bag of grapes and a whole pizza yesterday night. OOPS! Been loving Pizza, butter chicken, Barista Bros strong iced coffee, and strawberry milk! I keep trying to stock the cupboards for when the baby’s here, but hubby keeps raiding and eating it, s somehow I have to devise a solution. 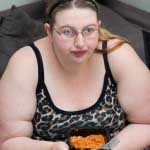 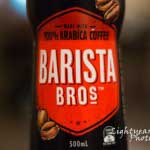 Hubby and I looked at the world stats website the other day and saw the statistics of babies born in each country, death rates, etc. It was thoroughly interesting!

He’s been doing a lot of photography and filming work lately. I was running late from work on Wed so I ended up helping him out with photography. I didn’t do too badly, apart from the overexposure and dutch angles 😛
He’s also going to do the (late) Jan / Feb/ March Festival roster for Novatech.
This whole weekend he’s out filming for “Can-Dance,” so I’ve just been catching up on admin, and reading “Kidwrangling”.

Looking forward to:
More time with hubby (and hopefully a few dates)
Hubby bringing in more money
Buying more baby supplies (such as feeding chair)
Hubby getting his P 2’s
Getting Ambulance cover
Tax finally getting paid off
Decorating early for christmas – especially the tree!
NOT teaching for a while
Lazy days in bed
Swimming in the pool!
Doing a maternity photoshoot
Massages!
Trying new recipes – like apple turnovers 😛
NOT hosting a big, fancy christmas this year!
Christmas roast!
My Birthday! (And that wonderful cheesecake I love from the cheesecake shop – hopefully)
Eating chocolate
That french cheesecake that’s in the freezer, and the apple sauce in the fridge
Scrapbooking again
Meeting our son!