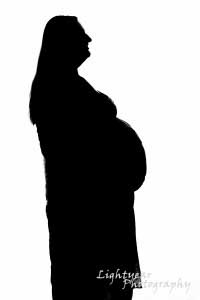 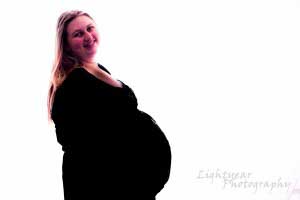 So the physiotherapy was a success, the lady was really nice, and explained all about Sciatica, and confirmed that I do indeed have it. She got me to lay on my right side (fully clothed) and she applied pressure to several spots in my left bum cheek (which is apparently where the source of the pain is) and after about 15 mins of applying pressure to several sore spots, I could walk more easily, and with less pain. She gave me a few exercises to do to try and relieve the pressure, and she told me to carry around a tennis ball to sit on (and apply pressure to the sorest areas) when in pain. She said to draw an imaginary “x” over the sore bum cheek and to apply pressure over the cross point until the pain becomes less than a 3/10. I’m booked in for a repeat session on the 12th.

She said when I get cramps in my legs, or pins and needles, to stand against a wall and push – I think.

She suspects that I’ll get sciatica in the right leg – which  I definately have on and off this week. On wednesday it eased off a bit and I was able to walk with less of a limp on Wed and Thurs, but Friday and today were tough on the right leg. I’m still avoiding stairs. Sciatica in the left leg has waned this week.

On Tuesday we had a lot of time to ourselves, so we decided to clean up the house a bit and put up the tree. My auntie and her boyfriend came around to help, and to give me an early birthday present of stretchy waisted crop pants that actually fit, and a matching striped shirt with buttons for feeding in. (She got these from Autograph.) Her boyfriend fixed a few faults in our car also. We threw a late lunch / early dinner bbq for them as a thanks, complete with that french cheesecake, left over berries, and chocolate. This year we’re going with blue and silver decorations for the tree, given that we’re having a boy, and I’m sick of gold, but we don’t yet have much blue, so I hope to go shopping for some more blue things. 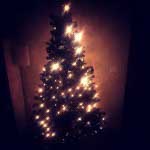 We’ve decided to have christmas at my Auntie’s rental place this year, because I won’t have the energy (or the money) to host this year, and it’s too risky to be hosting such an event so close to the due date. their rental place is much larger than their usual place, so I lent them our christmas hosting supplies, such as table cloths, crockery, and left over chrissy napkins and placemats from last year. I also chucked in our old wreath and a few decorations, since their stuff is in storage after their actual house got flooded in February, and is being totally renovated.

My sleeping patterns have been all over the place this week – so much so that I slept right through my last antenatal class on tuesday! I was so angry when I realized I’d missed it. I asked a lady who went to it, and she said it was really good, and that it covered topics such as post-natal depression, and how to take care of baby in the first month, etc.

Wednesday was a stressful day, I had a concert at one of my schools and it didn’t go well at all. The organisation was not really there from technical staff, and some of my kids didn’t even get to perform, or their performances were cut short abruptly by technical faults, etc. Despite the days’ business and the fact that I’d hardly eaten, the dinner that Hubby made wasn’t appealing to me at all, (but usually I would’ve liked it), and I hardly touched it. (It was steak, oven baked chips, gravy, and salad.) To try to relax after such a stressful day, I swam in the pool for about an hour before we went hunting for local christmas lights.

I had another MASSIVE sleep in on Thurs, where I went to bed around 1am Wednesday night, and didn’t get up till around 1pm on Thursday! (Well, besides the usual early morning wake up call from my bladder.)

It’s been really refreshing not to be working so much! I’m so glad that my 3 main schools are done for the year now – no more stress with concerts and such.

That being said though, I’ve had an emotional rollercoaster this week. There haven’t been many days where I haven’t cried over something small.

I have realised that I’m not really going to get much of a break, as there’s still loads of teaching and photography admin for us to do this month, plus my birthday and christmas, plus last minute shopping and organising for the baby, then having the baby, and then I’m meant to return to work part-time in late January! It was a scary realization that I’ll be full term by my birthday (in 1-2 weeks time!)

On Thursday we did a hospital tour, and we saw the preemie ward, and 3 areas for birthing. I suspect I’ll be in the high-risk area. There were really comfy looking chairs in most of the rooms, though the beds didn’t look too comfy. The low-risk room had a private balcony and a double bed! They said they don’t use stirrups and said that they did supply birthing stools and balls, etc.

Below: A picture (from someone else’s blog) of a birth suite in the hospital I’ll be birthing in – the Lyell McEwin. (I doubt I’ll get a double bed though, as I’ll be considered high risk due to my weight, and the double beds were in the low-risk areas.) 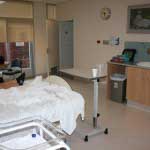 We went late-night shopping at target in Elizabeth after the hospital tour, and I got 3 packs of large undies, 3 maternity nighties that I can breastfeed in, and 1 maternity bra that clips down for breastfeeding. I was going to get a few nursing tops and some more nursing bras, but there was barely anything that fit me. We also looked in Big W earlier this week to no avail.

I’ve had some tiny white flakes on my right nipple on and off over the past week or two now, and on thursday night I think I had the start of actual milk production. Before I went to bed my nipples had some white flakes and goo on them, and they smelt a bit rank. The right nipple had more than the left. When I woke I had a shower and haven’t noticed anything there since.

On Friday I hadn’t had much sleep, as we were up thursday night watching “Charlottes Web” and “Babe.” I had another antenatal appointment around 11am. The doctor was a little uncaring and hard to understand. She was inconsiderate with my sciatica and did not raise the bed, so it hurt when I got up after the baby-heart-check. (It was 140bpm, as usual. She said my blood pressure was actually slightly low. We really need to start keeping tabs on my blood pressure – I never remember. This time it was something over 70!?!?! Babys heart rate was 140. They estimated that the baby would be three and a half kilos at birth; (7.7 pounds.) I’ve lost half a kilo this week, and now weighed in at 163.5kg. They asked me to do a vaginal swab for something, which I did, and they’re wanting me to come back in 2 weeks, and then weekly from then on. I found out that a baby is typically born around 40 weeks, and is usually induced at 40 weeks and 10 days.

After this appointment and some light shopping, (I bought pancakes, pizza, iron supplement tablets, lens cleaner, and chocolate Nesquick), I fell asleep for about 5 hours, and then cleaned up the house in dribs and drabs.

This week I took some footage of the baby moving, so I’ll edit that and upload it sometime soon. I’m thinking of doing a maternity shoot over the next week.

I also researched feeding chairs an swaddles, and we went through the hospital bag again. I filmed a vlog about what’s in my hospital bags, which will hopefully be up sometime next week. 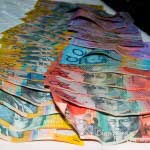