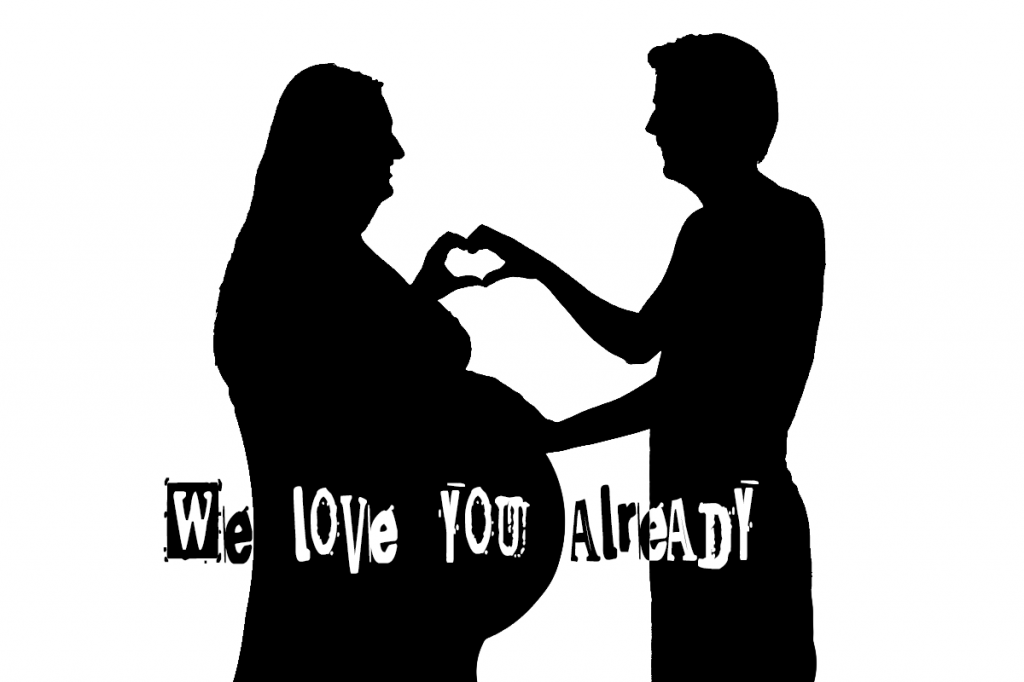 So now I’m officially “full term!”
That’s a bit of a scary notion!

We haven’t done a whole lot this week. I’ve been feeling much more tired than I have been lately, so it’s been good to have more time at home, rather than teaching. I’ve mostly been napping, sleeping in, and watching videos on youtube with my husband. I watched lots of people doing the “whisper challenge,” I watched various birth announcements and sibling announcement videos, and I found a really funny music video parody channel called “Bart Barker.” Yesterday we spent a few hours watching various “Draw My Life” vlogs on youtube, which was great! It was so interesting that most people who knew what they wanted out of life had faced some terrible struggle, and those that hadn’t faced a struggle didn’t seem to have a life plan!

My antenatal class friend added me on fb and we’ve been messaging about our pregnancy progress every few days, which has been nice.

Aside from lazing around, I’ve been doing a LOT of admin for next year – mainly sorting out lesson plans from this term, and trying to compile booklets for next year into “beginner,” “intermediate,” and “advanced.” There’s still a lot of content I need to write, but it should be quite impressive when finished. The more I do to it though the more I want to rework it and add more stuff 😛 I also need to find the time to update the policies, contracts, and website sometime soon.

My auntie, her bf, and my nana have come over a fair few times this week – usually unannounced, and usually when we are in the middle of eating, or just about to go out shopping or something – It’s kind of annoying how they don’t tend to phone ahead, (even though they came to give me maternity clothes, apricots, and to try and fix the car – it keeps rattling really loudly, and I think we need a new one next year.)

When my dad came over about 2 weeks ago the first thing he said was “Gee, your house is messy isn’t it!” Well this was JUST after the baby shower, when only 1 person stayed to help us clean up, and I had severe sciatica an hubby was working most of the week. We had even spent several hours the day beforehand doung general tidying, so it was pretty rude for him to say that.

I’m getting worried that when bubs comes various friends and family will just turn up unannounced when I’m sleeping, changing, or feeding, etc. I’ve decided that at least for the first week or two, I’d like it to be just michael and myself adjusting, without having loads of people coming to visit, etc etc. I’ve read stories where people come over and totally intrude, overstay their welcome, pick up the baby when they’re trying to sleep, or when mum needs to rest, and try to meddle in the parenting style of the parents, etc.

After last week’s appointment, and finding out that my iron levels were slightly low I’ve been taking a daily iron tablet just to be on the safe side. I’m meant to do another blood test to double check it, as well as my thyroid function.

The sciatica has eased off a lot this week, so it’s been easier to move around and walk – sadly though it’s been crazy weather! It was boiling hot yesterday, then today it bucketed down all day, which sucks, because I was hoping to do a maternity photoshoot before I was full term. Hopefully we can squeeze one in by next week. We did attempt some in-home silhouette shots, but hubby was unhappy with his haircut (that I gave him,) and my back was too close to the flash causing it to be way too overexposed, so it makes the pics harder to edit. We may redo these too at some point.

I’m finding it harder and harder to sleep now, and I’m only getting blocks of 2-4 hours sleep at a time now. I usually wake up from heartburn, bubs kicking me hard, needing to roll over, needing to pee, or if I’m thirsty.

On Tuesday bubs was kicking a lot, and hubby swears he could feel a foot on my right side. I felt and there was a definite lump there, but I couldn’t determine what it was exactly. He deduced it must have been a foot because a hand wouldn’t be that long, a knee or elbow wouldn’t be that protruding, and his head is meant to be down. His movements are definitely a lot stronger and more painful! There doesn’t seem to be a pattern to his movements, sometimes he’s awake during the night, sometimes during the day – It’s all a bit odd. I think he kicked my ribs really hard a few days ago.

Today he was kicking quite frequently, so we filmed it again, and will upload the best of the best shortly.

My heartburn has really stepped up a notch this week – sometimes I get heartburn again before I’ve even finished the quick-eze, or within minutes of finishing it. Despite searching frequently this month, I’ve been unsuccessful in replenishing my “berry burst” quick-eze stash. I guess they’re just THAT popular.

This week I’ve been craving chocolate milk, iced coffee, fruit, and pizza the most. We made tacos on Tuesday but they were way too spicy so I only ate 1, and i cried cos my avocado wasn’t ripe yet so I couldn’t eat it. on Wednesday I got all excited cos I found a cooked supermarket chicken for only $5 but when I got home it was actually kebabs 🙁 I ate some of them anyway but they were so bland, and so not what I wanted.

On Thursday when I woke up (the first time) to pee, it really really hurt to stand up. I think the baby was in a weird position. I had to lean over to walk. The pain was so unbearable I went back to bed after, even though it was 8am,  and laid on my right side for a few hours until bubs moved again. I was pretty tired for most of the day, so despite getting a fair whack of sleep at night, I had a nap in between my students. I was peeing about every 2 hours pretty much all day.

I was so tired yesterday (friday) that I ended up sleeping about half the day away, and eating mostly junk. 🙁

I didn’t get a good night’s sleep last night, so again I had about an hours nap today and was still tired. For brekky hubby made bacon and eggs. I LOVE BACON SO MUCH RIGHT NOW!!! I think it’s my fave meat. I was so lazy that for lunch ate the foodstock (butter chicken) that I’d made and froze for when the baby comes 🙁

On Monday (in just 2 days time) I’ll be 25! I can’t believe I’ll be quarter of a century already!! It’s strange not having / making plans for such a big birthday – usually birthdays are SUCH a big deal for me! All we’ve planned is that we’ll be collecting an AWESOME cake from the cheesecake shop around 11am. We may go to Cafe Bongiorno’s and have a calzone or something for lunch or dinner, since I got a $20 birthday gift voucher for my birthday (though this can be used for a whole month.) Hubby surprised me on Friday and got me some solid gold earrings as an early present, and they are AWESOME!!!!!!! I’ve been wanting gold earrings for quite a few months now. One set are smallish hoops with simple silver patterns on them, and the other are solid gold sleepers. I think one pair is meant to be for Christmas. This is probably the most he’s ever spent on gifts for me. It’s nice to feel appreciated and loved. 🙂

He ordered the baby a Dr. Seuss book collection which finally arrived this week. He read me his favourite – “Green Eggs and Ham.”

He’s also been hugging me more than usual this week, and wanting to be close – maybe he’s realising theres a limited time before 2 become 3. It’s difficult to be all cuddly now though, with bubs kicking me so much, having back pain, feeling as big as a mountain, and with it being summer now.

We’ve printed up 2 copies of the birth plan and added a bit more to the hospital bag – such as a flannel, heat pack, breath mints, towels, and 2 baby swaddles that we got this week. (We got 7 swaddles for only $40 for the lot!) – Some of them retail for $50 alone!!!

Below is a pic of the swaddle types we got; 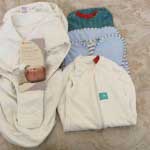 We got Ambulance cover this week!

We’ve been debating what we’re going to call the baby if it turns out to be a girl. My husband LOVES the name “Emily”, but it’s sooooooo common, and thats the name of one of his long-term ex girlfriends, which just doesn’t gel with me, so now we’re thinking of using what would’ve been the middle name – “Claire,” which means “bright,” but we are having a hard time finding a suitable middle name for “Claire.”

My antenatal classes are over now, and I didn’t have an antenatal appointment this week, but I did see an anaesthetist on Wednesday, and he was very pro me getting an epidural. He assured me that the process was usually quite safe, and that it’s almost routine for people of my size. He also mentioned that my haemoglobin seemed low…

On Thursday I decided to start making and freezing meals for later, as a backup if we get rundown and need to do a quick reheat, so I froze the leftover tacos, and made extra butter chicken to freeze. I was going to make spag bol too, but we ran out of veggies for the mix.

I had another physio appointment for my sciatica yesterday and the magic woman pressurised the right spots 🙂 I had my last piano lesson of the year, and my piano teacher gave us a Winnie The Pooh mobile, 2 rattles, and a brand new bright starts toy chain thing to hang off a bouncer or pram.

We got a TONNE of ex baby stuff from one of hubby’s church / tech friends today, that we spent most of the evening sorting out and photographing. There’s at least 100 books alone, and even though I was very scrupulous we ended up with quite a few toys and clothes as well. We had to go through and re-sort the nursery, because there’s just so much stuff in there now!! I’ll upload pics of this haul sometime next week.

During my nap on Wednesday I had my first dream (that I remember) about being pregnant and having a baby. Its a bit hazy now, but basically I went into labour and went to the hospital. They told us all these rules and regulations.

Next thing I remember is hubby walking me down the main road near our place holding the baby, and having 2 hospital staff chasing us down, saying we hadn’t been cleared to go home yet, and that it was illegal to hold the baby without it being in a carrier. I remember feeling strange that I couldnt remember any of the birth, that it all flew by so fast, and that I hadn’t actually seen the baby yet!

Hubby’s mum was over when we got home to help, and she was showing me pics of some baby being born, which was a girl, so I was all confused. (I think it was some other woman’s baby from the hospital on the same day.)

I remember that our baby’s name started with a J or something, even though his name isn’t going to start with a J… and that he was so big that he fit size 00 – so I was annoyed about all the 000 stuff we had, and wondered what to do with it all.