I keep forgetting to mention that for at least the past month I’ve been drooling at night – I often wake up to find a big wet patch near my face or under my head. I never woke up drooling before pregnancy…

My feet are still swelling. I expect that they will for the remainder of the pregnancy now. We haven’t done anything to help them yet. Books recommend elevation and massages going up to the leg.

Belly button is still an innie.

A few new developments this week:

I’ve come down with a pretty bad cold. I’m constantly coughing and sneezing, and at least one nostril is constantly clogged with thick, white scunge. I’ve tried my best not to sing this week, but have still gone to all of my work appointments. Lips are all dry and cracked, and I’m thirsty all the time, but I’ve ran out of Ribena cordial :O

I’ve noticed this week that when I sit down on a hard surface my tail bone (or something) hurts.
After the most recent antenatal class on Labour, I suspect it may be the bottom bone in the pelvis – the one that moves to let the head out during birth.

Today I felt what I think may have been my first practice contraction, (braxton hicks) but I’m not sure. Basically my stomach got hard and tight for about 2 seconds once, then stopped. the baby was moving at the time though, so it could’ve just been him.

On Tuesday I attended an antenatal class on pelvic floor; the dads (including my hubby) discussed dad stuff and the mums were told stuff like what stretches to do from now on, what we can do now to best prepare for the birthing process, and about how to look after the birth canal after birth… I now feel a little more reassured about how to do pelvic floor exercises, and I’m slightly less incontinent now, though am still using pads regularly. It was a bit scary, because of all the couples that attended that session, we were the furthest along by a few weeks. The coach said “looks like you’re next to pop then” to me, which was a bit of a shock!
Hubby said he was asked by his daddy mentor to help out in the daycare centre, as he will probably be the primary caregiver.

On Thursday we attended a class on normal labour, where we learnt about techniques to increase chances of birthing vaginally without complications, etc. We were told to sit forward from the last month of pregnancy to get the baby engaged the correct way, and to do daily stretches, such as the cat and downward dog yoga poses, and to stand and move around during labor to keep things moving. It appears that a squatting position is good for birthing. We briefly discussed pain relief options, such as pethidine, epidural, and laughing gas. It was confirmed that I’m too large for a water birth, and we were encouraged to write birth plans, even though one of my antenatal doctors told me that they aren’t normally read.

Based on the info given on pain relief, I think I’ll opt for the laughing gas, and the epidural if needed. – We’re pretty against Pethadine because it stays in the system and the baby’s system for about 3 days post-birth, and can have negative effects on baby latching to feed, and it prolongs labour. We also don’t like the idea of forceps.

We’ve been watching as much “The Midwife” as we can, and when we ran out of those, we began watching “One Born Every Minute.”

Today I was very emotional, cranky, irritable, loving, and I cried twice…

I began buying for and working on the baby shower stuff this week. We made the bonnemere tags, and bought a lot of the snacks and things for it. We think we’ll have about 35-50 people coming, and we intend to cater by ourselves this time, (as opposed to our usual ‘bring a plate’ parties. I think we’ve spent about $150 on that so far. We still need to buy a lot of the extra drinks, meats and salads, which we’ll do next week. We got Campbells cards, and went to Campbells cash and carry store – which allows businesses to buy in bulk. When we got to the register we were told we could just use our RAA card, which means we could’ve bought from there for over a year now – we just hadn’t realized it! 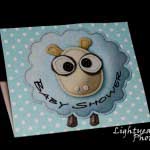 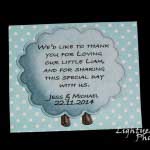 The pool has a lot of sand in it now from all the building around us. I researched pool vacuums and the options are expensive! 🙁

I keep cleaning the house in little bursts, when I have energy and a free hour or two spare, but generally I’m still pretty lazy.