This week I’ve found a GODSEND!!! Quick-Eze that taste like STRAWBERRY STARBURST!! The only problem is that my husband loves them, so we’ve gone through entire 3-pack this week 😐 (24 tablets.) I also bought Mylanta. It tastes bloody awful, and didn’t help much.

This week has been more relaxed in general, as I don’t have to go into work for 2 weeks. We’ve mostly spent the week relaxing together, washing second-hand baby items, and acquiring extra baby blankets, boys pants, and filtering out the excess things that we no longer like, don’t think are practical, or excess to our needs. 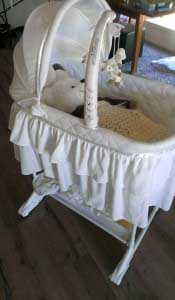 This week I think we’ve spent  around $150-$200 on second-hand baby clothes and blankets. Hubby took photos of our entire clothes collection this week, and we also did a new-clothes and blankets haul. Today I bought an electric Avent breast pump with heeeeeaps of accessories and extras for $50.

We also got a gorgeous bassinet, even though we already had one. It retails new for $160, and is the “Childcare Chloe Rocking Bassinet – white.”  It was only $30, near new second hand, and  it has a sheep mobile which swivels and plays music, it has retractable wheels.! It even came with 2 brand new sheets, worth $15 alone.

This one also has a basket at the bottom to store things in 🙂 We’re currently pondering whether to keep the old one as well or not;

We’re thinking it could be handy to keep both as the other is more portable, or keep one in the bedroom and one in the main room, or keep one at a friends house for when the baby goes there.

Here’s some close-ups of the adorable sheep on the mobile; 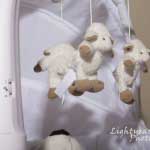 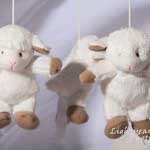 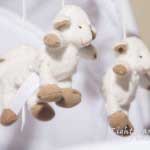 MY BODY AND PREGNANCY EFFECTS

This week has been a much more emotionally exhausting (and confusing) one! Just today I cried twice over silly little things! I also threw up three times (nachos, all over myself) on the way to collect some baby things today! I had to go home and change, making me 30 mins late.

We did some more standing body shots of me; (Nude, so I’m not posting them,) to see how much my body has changed during the pregnancy. (We also did this in May and June,) and the biggest changes noticed were that the niples have darkened a LOT, and the two fat rolls under my boobs have migrated into the stomach, and are almost completely gone now. Also, looking at the side profiles the belly is definitely protruding more out the front. the width of my belly hasn’t really changed.

2 days ago it REALLY hurt to bend at the waist to pick things up, (which I’m used to doing as I fall over when I try to squat,) and my belly felt much heavier, stiffer, and like it was protruding more. Yesterday when I woke up though it felt like it had shrunk and loosened significantly and bending / moving was easier, so I’m not sure what’s going on there! I had some diarrhea this week, which isn’t fun!

I hurts when I wear my pants now, so it’s a good thing I bought all those new dresses, and that the weather is warmer to accomodate. I officially can’t see my feet / legs or lady parts anymore. It’s MUCH harder to get up off the couch etc, and the pregnancy pillow has been really good at night, though this week I’ve found it very hard to sleep, and I’ve had insomnia. Yesterday i was tired ALL day. When I tried to sleep at 6pm, I laid there for half an hour, baby brain / nesting brain took over and I panicked about the things we still need to have, alongside rethinking my giveaways, and I couldn’t sleep till 2am! Last week I woke up at 5am and I JUST HAD to write down everything I’ve spent so far in the financial year in order to go back to sleep!?!?!?! A few times a day now I can feel some movements from the baby. It doesn’t hurt, and it doesn’t exactly feel like kicking… It’s hard to describe. Right now it just feels a bit like twinges or spasms. A youtuber I watch suggests it could be baby hiccups?

I’ve been eating a lot of junk lately, which is terrible really. I’m always wanting a quick meal, with low nutritional value and lots of carbs, and when hubby makes food he hasn’t been making salads etc, which is pretty bad… My appetite has increased, and I’m now more able (and more wanting) to eat bigger meals. I still try to have a lot of fruit when I can. I’ve had more fish type things this month than usual, and still wanting Vietnamese meat rolls. I’ve also been a bit slack with taking my pregnancy vitamins, sometimes accidentally skipping one of the 2 recommended doses per day. To compensate for the junk, I’ve walked twice this week, and I had a vegetarian day, where a friend took us to a vegan place and I tried a vegan burger and smoothie 😀

We offered to babysit 2 children for quite a few hours a friend on Sunday, and the youngest isn’t toilet trained yet, so it could get interesting; I’ve only ever Babysat my little cousin Joey, who was 3, and it was only for a few hours. I just figured I could use the experience! The friend we’re babysitting for is offering us a few of her old things, such as a high chair, etc, so we’re giving her our old moving boxes and stuff too.

One of my teenage students is half-way through her first pregnancy, so we’re giving some of our excess things to her, including extra baby blankets, a few girly and really tiny bodysuits, some singlets and girly bibs, and leftover decorations from our gender reveal. So far the value of my giveaway box to her is somewhere around $30-$40. Since the baby’s wardrobe is almost completely full, and we’re planning on having a baby shower anyway, we figured that a cleanout needed to happen! So far we’ve stocked sizes 0000-1.

We’ve started planning the baby shower, and so far we’ve invited about 40 people, so it could become a pretty huge event. We figured that it could be a great excuse to see some of the friends we’ve neglected this year before we get too busy and tired! We’re breaking tradition and going mixed-gender. We’ve stressed to guests that gifts are optional!

This week I also purchased a Playstation 3 and a few games and spare controllers, etc, figuring that I’ll have a lot of free time in December whilst I’m on Maternity leave, and lots of time spent at home when the baby arrives. I haven’t seriously played with any kind of console for about 5 yrs. All up we’ve spent $215 on all Ps3 equipment.

Last night my husband and I played GTA 5, Red Dead Redemption, and Dirt 2. I was so involved with the game-play at one point that I closed the laptop on my left nipple by mistake after checking a notification. It hurt so much that I dropped the controller and cried a lot from the pain! My husband was very concerned, thinking that the baby had kicked me and broken a rib or something! When he found out what’d happened he couldn’t stop laughing! It hurt for a few hours after! The game-playing has meant though that I’m behind on my lesson plans and I’ve still got the home studio to invoice. I’m a bit worried about the excessive foul language used in GTA 5 though.

My husband tells me he’s saving up for a camera.I think he wants a Canon 70D.

He seems to be in the beginnings of “nesting mode” now, as he wants to obtain ALL the childrens movies EVER MADE! He’s working on the disney collection now!

I’ve been reading ahead with “Up The Duff” 😛

ONLY ONE WEEK TILL I’M IN THE THIRD TRIMESTER!